A Tribute to an Enduring Legacy 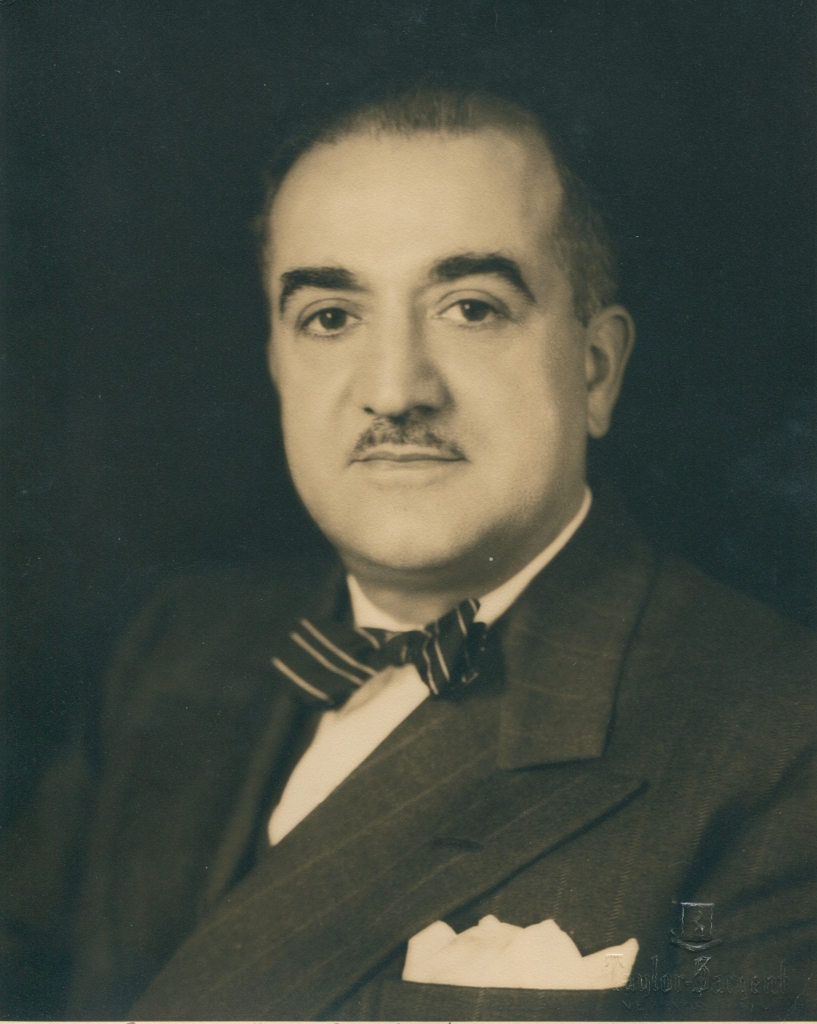 Our Grandfather, Henry A. DePhillips, Inventor and Entrepreneur, circa 1940

Fortunes come and go, but a legacy of exceptional character endures. Innovation can create overnight success, but even the latest and greatest change-the-world products and services can be replaced or be rendered obsolete by the next brainchild of an increasingly ingenious generation. However, there is something you can build that will never be outdone or destroyed: the intangible values of a life lived with purpose, diligence, and uncompromising values.

This is dedicated to a man who bequeathed such a legacy, our grandfather, Henry A. DePhillips.

Our grandfather epitomized the tenacious spirit of an entrepreneur. Born in New York City on March 25, 1901, to Italian immigrants, Gaetano and Rose (Finelli) DePhillips, he was one of ten children. His parents entered the United States through Ellis Island, and Gaetano worked diligently as a tailor. The family of twelve lived in a very small city apartment.

A Seeker of Opportunity

Never one to succumb to imposed limitations, Henry knew he wanted to go to college, so he began spending his summers working on a farm in upstate New York. Though the college he would attend had free tuition, he knew he would need money for books, clothes, and expenses. After high school, at a time when people of little means did not attend college, Henry enrolled in The City College of New York, (CCNY). He graduated with both Bachelors and Masters degrees in a subject he loved, Chemistry. Through his encouragement, his younger brother Arthur also went to college and later became an attorney and then a District Court Judge for the city of New York. Of 10 children, Henry and Arthur were the only ones that attended college.

A PARTNER FOR LIFE 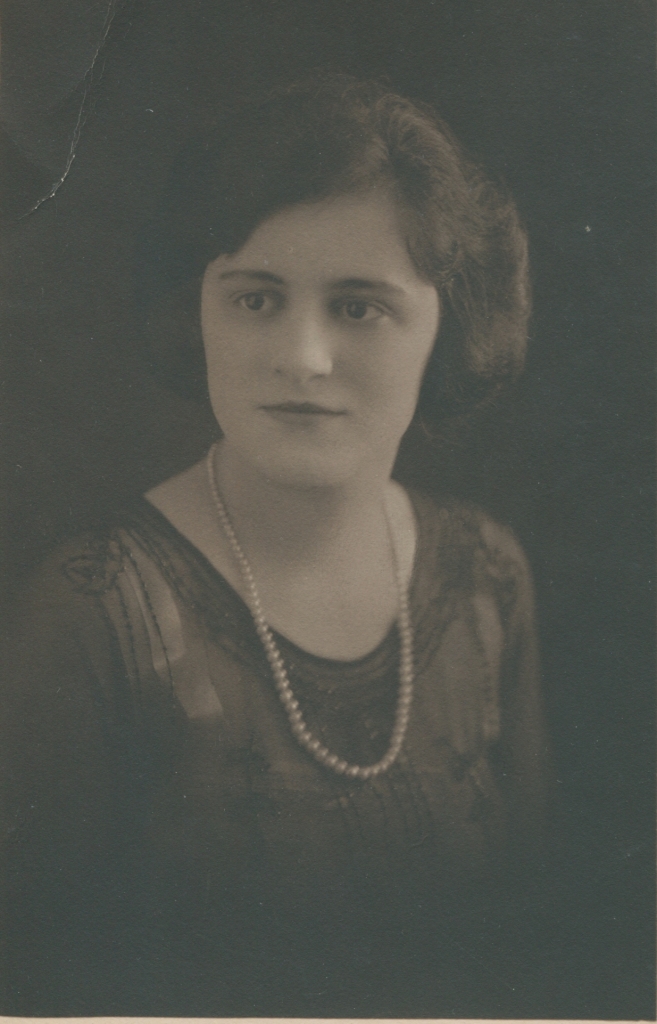 Our Grandmother, Josephine Blois, circa 1920

Sometime in 1924, Henry went to a dance and left with someone else’s date. That girl later became his wife and our grandmother, Josephine Blois DePhillips. Our grandfather had many of the attributes of a successful entrepreneur, and Josephine enhanced every one of them. She was a powerful and supportive life partner. In addition to supporting Henry’s business interests, Josephine managed a household with four children. She also entertained colleagues and customers for dinner at a moment’s notice and hosted their families at a second home on the New Jersey shore. Josephine was elegant, wise, socially adept, and a gracious contributor. She truly was the backbone to our family and to our grandfather’s overall success.

Henry and Josephine DePhillips (on right) on Wedding Day, November 4, 1925

Henry was a lifetime learner who continually pursued information, such as the findings in the latest chemistry journals. Henry always said, “No matter what happens to your in life, no one can take away what is in your brain.” He followed this philosophy while rearing his three daughters and one son. At a time in the late 1940s and early 1950s when most women did not pursue higher education, Henry insisted that all his children go to college. They carried his standard of excellence in their veins and passed it down to their own children, Henry’s thirteen grandchildren. We are two of them.

Thinking back, our grandfather was a role model for our entrepreneurial zeal. He was a self-starter who never liked working for other people, but he didn’t live life half-heartedly until he could start his own business; he worked for others, earned respect, grew a network of professional colleagues, and developed his distinctive competence as a chemist and inventor of coating materials.

In 1936, Henry launched his own chemical manufacturing plant, Coating Materials Laboratories, Inc.(CML). True to form, he carved out this startup opportunity even though our country was in the midst of the Great Depression. He arranged loans from family and friends, who had complete confidence in his abilities and did not require a claim to CML’s equity. One of his business associates owned Federal Leather Company, and the land around it, in Belleville, New Jersey. Henry negotiated use of available office space and manufacturing facilities on that land, the equivalent of a small present-day industrial park. He had 100% control of his new company.

Our country’s entrance into World War II ushered in a great need that our grandfather could not have foreseen. But when it presented itself, he was ready.

Among Henry’s inventions was a revolutionary plasticized coating that made canvas-like material impermeable to water, but it allowed the passage of air. He branded his waterproof fabric “Aquastop.” Because it out-performed anything else on the market, the U.S. government granted him an exclusive contract to manufacture Aquastop, which they used to protect vital WWII weaponry from water and rust.

We interviewed our Aunt Rosemary and Uncle Hank, the eldest and youngest children of Henry and Josephine, to gain their perspective on Henry’s success. Since they both had worked for him at Coating Materials Laboratories, we gained an insider’s view. They quickly enumerated eight traits that defined our grandfather and the reasons for his success:

Our grandfather was a real innovator with numerous U.S. patents still in effect when he died in 1977. Of all his inventions, three stand out as breakthroughs that changed the world without much fanfare: 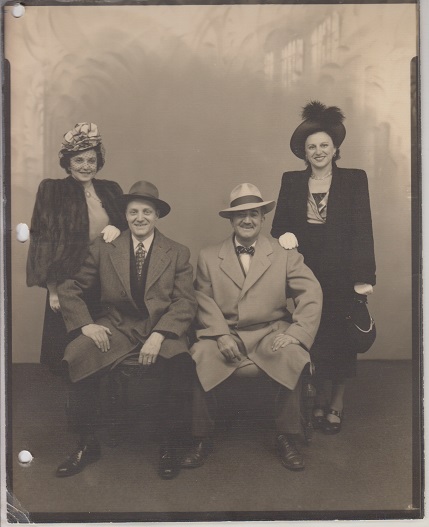 Photo from the DePhillips Family Archives, circa 1940. (Henry and Josephine to the right.)

Sometimes when driving at night and our headlights reflect off the stripes in the road, we remember that our grandfather manufactured a reflective surface coating for the paint used for those stripes, under a manufacturing license with 3M. Coatings like that one can always be replaced with today’s advanced chemical formulas, but our grandfather’s legacy is unaffected by time and multiplied many times over by those to whom he left it.

Your road and our roads to becoming entrepreneurs mirror the values we hold highest, and beyond everything else, those values will be the enduring legacy we will leave behind.

Are you building a legacy? We would like to share some free content from the upcoming book, The Purpose is Profit, to help you create value from the get-go. You can download “The Pull To Become An Entrepreneur!” here. You can also email us at ed@thepurposeisprofit.com, and we will send you “The Ten Commandments of Startup Profit.”

Ed McLaughlin is currently co-writing the book “The Purpose Is Profit: Secrets of a Successful Entrepreneur from Startup to Exit” with Wyn Lydecker and Paul McLaughlin

Mary Jo Krump is responsible for all aspects of our social media and market development programs.