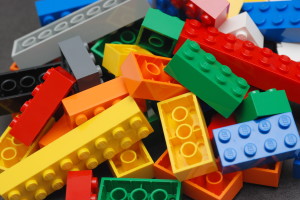 This is the third part of my interview with Mary Ellroy, a local Connecticut toy inventor and agent. You can read about her and how she got into her field here, and her insights on the world of general invention here. Today I’m covering the part of our conversation that dealt with her life in the world of toy invention in particular, as an agent and inventor herself.

If you’ve ever imagined that you could create the next Lego, Barbie doll, or action figure, read what Mary has to say about the practical side of inventing toys that sell.

Q: What are the current issues affecting the toy industry?

A: The two biggest trends affecting our business are age compression and screens replacing dimensional toys.

Kids stop playing with toys at a younger age and move to electronics and sports. It used to be 11-year olds were playing with Barbies, now it’s two-year-olds. You don’t see an eight-year-old on his hands and knees pushing a truck; he’s got an iPad.

[And] the industry’s trying to develop designs that combine traditional toys and screens (Apptivity), like the Mattel line of Cars toys.

Q: Whom do you take on as a toy agent?

A: I like working with newbie inventors, it’s sort of my niche. Other agents have said, “I can’t imagine doing what you do, what a nightmare!” I do charge to review products. That’s because there’s so many that aren’t ready, and you have to amortize that time, and it filters the serious people.

Q: How many applicants get through that filter, and how many eventually get on the shelf?

A: Probably about, for me, a third, and that’s high. Maybe a quarter. And I would say 80% of that quarter need work, and I try to work with them to get [the product] to the point where it’s ready for prime time. Sometimes the idea is really rough, and it’s a catalyst for an idea in my head, and I wouldn’t have thought of it if the inventor hadn’t brought me the little seed, and I give them a percentage and practically take on the whole thing.

Of those I take on, maybe 2-3% get licensed. So far, I’ve had only one situation where I had a license that didn’t go to market.

Q: If I have an idea, and you take me on, how long do I have to wait before I can see it in a store?

A: Sometimes, in my world, [it takes a long time]! I have a game that’s coming out this August, that’s been eight years trying to get placed.

Let’s say I show an item to a big toy company. You don’t actually have to build the toy, you can make a great drawing, or animation or video, and sometimes it goes to design work, or even to China, and maybe weeks later you get a request for a prototype (it doesn’t have to be polished, it just has to work), then maybe you get a contract, and you have to work that out, and sometimes the back and forth can take weeks or even months. Once the contract is signed, then they have to do retail planning and cut tools (make molds in Hong Kong). Right now, everyone is looking for 2016.

[On the other hand,] I showed a toy at a toy fair, and I cautioned the client, “it’s going to take a long time, I’ll email you the minute I get any news.” Like, two weeks later, a toy company called me and said, “We want to do a deal!” It runs the gamut.

Q: How do toy inventors get involved with merchandising with movies and other media, instead of their own self-branded toys?

In the inventor community, we get line reviews once a year – you see what other inventors have created – and we have a lecture, and they say, “we’re looking for products for this movie coming out in two years,” and they show snippets of the movie. So you have to be thinking about the movie two years before it comes out. Movie studios will meet with toy manufacturers and consult about design sometimes so that the toys can be close to the movie, but manufactured more efficiently. Entertainment licensing is huge! It’s a huge portion of the toy industry.

The hard thing is you never know which movies are going to be a hit – Godzilla ten years ago was a bomb, and they’d invested in all this merchandise.

A guy came to me and said, “I have a great election game” in 2008, and it was like two months from election time. The long lead time is a problem in a fad and fashion oriented business.

Q: Okay, so I think two years ahead, and have a cool idea, and you take me on and we meet with a toy company rep. How do I get her to license my toy?

A:You want to try to avoid MEGO – My Eyes Glaze Over. You want to avoid that at any cost.

You used to pull out a game and say “let’s play,” and now you have a video of what great stuff happens when people play – [on screen] it always works and it’s always fun. Instead of hauling a suitcase of samples, I’ve got my little Android tablet, and that’s what I show.

In the old days, you’d stack a deck so you have interesting play. You don’t want to sit down [anymore], you want to give real pithy, basic rules. GET TO THE POINT. You put yourself in their shoes. Hasbro sees hundreds of thousands of products a year – after they go through agents. You want to wow them right at the beginning – get right to the point, what’s the fun about it?

You have to be prepared for disappointment, because it happens all the time. I had eight products taken, with one toy rep who said she would be my advocate all the way through. I thought maybe one would get through, but no, none.

This concludes my interview with Mary Ellroy, whom we thank tremendously for her time and insight into the world of invention. You can read about how she got into invention here, and her expert opinion on invention of all kinds here.

Got an idea for someone we should interview? Other thoughts or questions? Leave us a comment!