Keeping the Flame of Ingenuity Alive 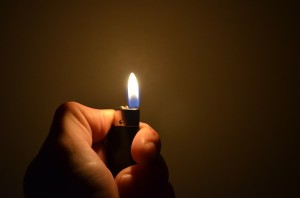 I believe strongly that the spirit of entrepreneurship belongs in every company, at every stage of its development. Startups are inherently spirited in that way, but larger, more established companies sometimes have trouble retaining that spark.

Some companies don’t worry about R&D, thinking that they have a profitable routine down pat and ought not to fix what’s not broken. I submit to you that it is to every company’s advantage to be thinking about innovation all the time. Luckily, it looks like I’m not alone.

Back in the day, research was a noble part of many enormous enterprises. Perhaps most famous was Bell Labs, from which came the first transistors and lasers, and whose work earned seven Nobel Prizes. In the Cambrian Explosion of Startups of the past several years, however, it has become normal to acquire ideas and inventions from outside, rather than do it in-house.

At the same time that some apps’ acquisition raised eyebrows, they surprised in price, not in underlying assumption: of course you would acquire, rather than invent, an app.

But what if app-makers and other ingenious startups wouldn’t sell? What if they wanted to grow their own businesses just as the now-giants of the industry grew theirs?

The successful entrepreneurs of the past, who have now grown into household names, are at risk for becoming exactly what they broke away from. As has been said before, the exact mechanisms that maintain existing success are the ones that prevent startup-style creativity in established companies. How can they keep the spark of ingenuity alive, even as they hone their brand into reliable routine?

The answer is to take a leaf from the past: enable intrapreneurship. Big players are moving back to in-house R&D, as The New York Times discusses in its article, Silicon Valley Tries to Remake the Idea Machine. Google has Google X, Microsoft Research has Special Projects, and even Bell Labs is looking to get back in the game. Gameplay has changed a bit, though.

This time around, in-house R&D is more focused. They’re not starting from a perspective of pure exploration into the unknown with applications to follow (like Bell Labs did in discovering the Cosmic Microwave Background). These departments are starting with complicated and diverse unmet needs in the world.

The exploration and creativity of free investigation is apparently going into hiring, instead: they are hiring diverse teams that include artists and philosophers, along with the traditional Tech-meisters. These unusual groups are taking fresh, multi-faceted looks at real-world problems.

Astro Teller, who oversees Google X, calls the new R&D “a moonshot factory,” because “the word ‘moonshot’ reminds us to be audacious, and the word ‘factory’ reminds us we have to industrialize it in the end.” This mindset brilliantly and exactly mirrors the way entrepreneurs need to think when they start up: how can they attach their abilities to the needs of the world in the form of a business?

These companies may be able to harness the perfect balance possible in intrapreneurship: a small group of creative, startup-minded folks free to think outside the box, with the resources of a large, successful company behind them.

With these big players leading the charge back into R&D, I look forward to seeing how other companies support and enact intrapreneurship in their own ways.

I am heartened and excited to see what great surprises the future holds. What do you see coming?