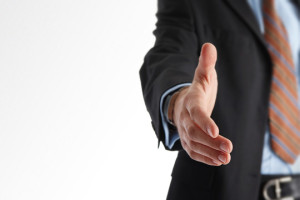 Clinkle is the name of a digital-payment app startup that has recently made a bit of a media splash. Both Business Insider and BloombergBusinessweek have covered the company not for its revolutionary product, but for a Titanic-like story of young entrepreneur who seems to be steering his brilliant idea  right into an iceberg.

The company started with a familiar narrative: Bright-eyed young student, Lucas Duplan, has a great idea, conveys it to investors, and gets startup capital of historic proportions – at $25 million the largest in Silicon Valley history.  With the money to start making the dream a reality, Duplan became CEO of Clinkle. But then things start to go awry. A startup needs more than a good initial product idea and top-notch pitch, it needs an excellent management team to steer the company and develop the idea into a viable commercial product. So far, Clinkle has not even produced a minimal viable product (MVP).

According to the most recent articles, everyone who has seen Duplan’s presentations believes Clinkle will be a revolutionary product. But so far, the product stays shrouded in secrecy. What is not secret is the enormous turnover in employees. In the two years of its existence, Clinkle has turned over 93% of its employee base, or 56 people from a starting position of 60 employees (some are said to have been contractors, rather than employees, and not all were fired, some quit). One high-profile hire, Chi-chao Chang of Yahoo!, lasted 24 hours on the Clinkle team before deciding it was not for him. Five ex-employees of the company attribute its lack of people-success to Duplan’s “unpredictable leadership.” They say that his vision for the company changes frequently and his approach to different ideas is to get rid of them, rather than engage with them in meaningful dialogue. While he has been mentored by Netflix’s former CFO, Barry McCarthy, the more than ten employees who  have quit since February do not paint a flattering picture of the learning curve.

Startup history is filled with many stories of young ventures hitting icebergs. But  Clinkle’s case is interesting because it is such a contrast to its initial success, and its problem of a CEO who does not come across as a strong leader is so common a concern.

First, what possessed investors to contribute record-breaking funding without seeing an actionable prototype? The press coverage linked above, from two reputable sources, failed to secure a contributor who has seen Clinkle’s product firsthand. In this age of the hackathon and nearly instant gratification in so many industries, it is hard to understand how a promising startup can fail to produce an app in two years. Competitors are rolling out alternatives: Paypal, Google, Flint, AT&T and Verizon (Isis) are all coming up with products ready for testing. The company has hemorrhaged nearly all the people who were present at the beginning and has completely failed to produce a product it can sell. Where is Clinkle’s app? Is it so wonderful that no one should be allowed to see it until it is fully operational?  Or have failures of management been the root cause of the failure to produce a product?  The answer is not clear.

Human beings are complicated. As Lyall Watson said, “If the human brain were so simple we could understand it, we would be so simple we couldn’t.” Combining that with the wisdom of Socrates, “The only true wisdom is knowing you know nothing,” we have a very different approach to management than the one Duplan has been described as following. People are not cogs, and their independent thoughts are not a problem, but a potential advantage. They need to be managed responsibly and made to become part of the “team.”  The pink slip is not the way to do that.  Mutual respect is of paramount importance to building cooperation. Who wants to work where they’re not respected? Who wants to work where they are told – in words or actions – that they are completely replaceable? It appears that Clinkle’s actions toward its employees have not only put off its product delivery date, but may have compromised its future ability to find replacements for the people it fires. When Duplan fired his engineers, the engineers’ knowledge walked out the door. How can the company develop its product without knowing what worked and what didn’t work? Thomas Edison is well known for having prized his product development failures because they showed him to take a different approach.

Investors usually invest in people — the management team that has created the venture. The investors, who include some of the top entrepreneurs and investors in the world, had faith that Duplan and his team were people who could develop a disruptive, elegant, successful new product. Will the investors’ faith prove out, even though members of the original management team are gone?

Maybe Duplan’s vision for Clinkle will become the best possible product for the future of mobile transactions. But without solid management of its employees and its reputation, Clinkle may never  see that future. What we can all take away, in and out of the technological arena, is that having a superior management team is vital to productive success in any industry.