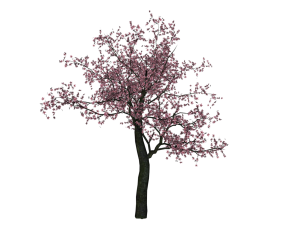 In the famous (probably apocryphal) story, George Washington cuts down his father’s prize cherry tree and comes clean about it in a grand gesture of integrity and honesty. I’ve always wondered why he cut it down at all – did he need firewood? But that’s not really the point. The point is to set up and use a well-admired figure to teach the virtue of honesty, and the story has worked for many years. Most people, when asked, will say, “honesty is the best policy.”

Somewhat counter-intuitively, we lie an astonishing amount of the time. A study from the University of Massachusetts tells us that in a sample size of 60 people, none could go longer than ten minutes without lying. These are not lies about capital crimes or anything, as the article says, “…in general we lie about things that aren’t important, little things that we think will make us look better or more likeable.” Many participants didn’t even realize the degree of their untruthfulness until they reviewed the video that had been recorded of them. Our lies are so small, and usually so white, we don’t even notice when we’re telling them. That small dishonesty may seem like a tolerable cost for business success.

Rebekah Campbell of Posse wrote about her recent forays into the world of complete honesty for the New York Times. She got the idea from an angel investor of hers, who gave complete honesty as the single greatest tenet to uphold as an entrepreneur. In her own life, Campbell found little lies had amassed to a sticking point in her work team. Most of the lies were told to avoid unpleasantness, but the fact of their existence created an atmosphere of distrust and poor cooperation – more unpleasantness than had been saved. That may be what most of us see as the most likely consequence of the little lies: people around us not trusting us anymore.

Interestingly, the investor Rebekah spoke to had the perspective that when we lie to others, we are also lying to ourselves. We are constructing a false world in which we live that insulates us from the real world. This can lead us to react wrongly to what’s going on, costing ourselves and others in the process. It also distracts us from reality to have to handle the stress of maintaining the storyline consistent with the lie, rather than the truth. Stress spills over into our other business dealings, our personal lives, and our health. None of this is a surprise when we take time to think through the causal chain, but it can be very hard to think so big-picture when we’re called on the carpet. We are taught from a young age to perform polite gestures like appreciating a gift, even if we don’t like it, which are somewhat dishonest. We have a long tradition of using lies to grease social wheels.

Rebekah tried a campaign of radical honesty for dealing with new investors. She found it difficult to enact, but it paid off on her first trial. That’s some rewarding immediacy! She does not describe employing the same campaign in her personal life, and perhaps it doesn’t matter. We can wait for another article to explore that avenue. In our business dealings, there are great opportunities to be had by choosing the difficult path of full honesty.

Whenever I have to decide something, I articulate all the components that are going into the decision, to myself and to everyone involved. I embrace hard truths because that’s how I learn. When I formed my venture, USI, I set out to build a culture of trust, integrity, and transparency. We carefully detailed all employment agreements, including expectations for both sides. Employees were supposed to hold the Company accountable for its end of the agreement, too.  We also expected everyone to admit when they made a mistake, then apologize and do everything they could to rectify the error. Our customers really appreciated our forthright behavior.  We earned and re-earned their trust through our actions.

If your business does not have an articulated culture of honesty and integrity, why not establish one? It can imbue internal and external communications and relationships with a new level of trust.